Virtual and augmented reality are gaining momentum in arts, sciences and business. However, these technologies could be implemented even better in various businesses and operation models in both the public and private sectors. The goal of the Virtual Reality Hubs project is to strengthen the Finnish virtual and augmented reality business environment and bolster Finland’s position as global front-runners of immersive technology development.

In this project, Demos Helsinki collaborates with the Finnish Virtual Reality Association (FIVR) to create space for unique new business models, cooperation and partnerships between small and large businesses as well as boosts the overall quality and sustenance of the local VR and AR startup ecosystem.

Virtual Reality Hubs consists of several month-long mini-projects which unite micro and small VR/AR solution provider startups with medium and large client businesses. Every mini-project has its individual participants, goals and purposes, which are tailored according to the clients needs and wishes. The end result is a test case of immersive technology incorporated into a specific business need: A software prototype or content study for example. Find examples of the mini-projects below.

The vision of Lassila & Tikanoja is to put the circular economy into practice. Together with the Finnish VR startup Avains they created a solution that teaches how to recycle while having fun at the same time.

The aim of this mini-project was to both find both new and fun ways to train recycling and give L&T practical understanding on how VR can be used for teaching and training purposes.  “L&T is constantly seeking for new ways to support individuals in recycling. The idea of the game was to simulate and teach recycling”  Ville Simola from L&T summarizes the idea.

The mini-project consisted of three phases: ideation, development and sharing the results. Demos Helsinki and FIVR supported L&T in defining the problem they wanted to solve by using VR. FIVR used it’s connections in finding the right VR developer, Avains, and coordinated the collaboration between Avains and L&T. The result were presented to the staff at L&T and the VR Recycling Game has been used for marketing and promotion purposes.

XR startup Teatime Research took upon them the task of enhancing the immersive Time Machine space at Helsinki City Museum. The result was an interactive installation prototype executed with an IR camera and projectors, where users can physically navigate across time periods of chronologically layered panoramic images.

Helsinki City Museum’s Time Machine is, since 2016, an ongoing room installation, which brings museum visitors in touch with Helsinki environments from different time periods with immersive media such as VR headsets and wall projections. The aim of Time Machine 2.0 was to design an interactive projection prototype, which creatively utilizes panoramic cityscapes of Finnish photography pioneer Signe Brander and engages people to actively participate in discovering the history of their lived environments through immersive technology solutions.

Time Machine 2.0 projects panoramic images from the top of Kallio church tower on three walls around the user. The images have four time layers from 1912, 1970’s, 1980’s and 2018. Each user’s own body is their very own time capsule: One can “peel off” and alter their view of time layers by walking around in the projection space. As an user walks towards the projection surface, she is walking forward in time, ultimately opening a present day image. As she walks towards the center of the space, away from the walls, the image returns to the past.

Helsinki City Museum researcher Aki Pohjankyrö: “Helsinki City Museum is in the process of updating the Time Machine exhibition space, which is based on VR-technology and video projections. We want to enable a playful “time traveling” experience for our visitors by just moving in the space. This helps the visitor to understand and experience the historical changes of the city in a new, visual, and exciting way.”

Customer: The National Broadcasting Company YLE Developer: There Is No Spoon

Donna is a finnish romantic comedy tv-series about a blind young woman who is looking for the love of her life. The Finnish Broadcasting Company YLE wanted to experiment with VR as a storytelling device for expanding the viewer’s understanding of her experience of the world.

A VR experience usually depends a lot on visuality, which created a fascinating challenge for VR startup There Is No Spoon, as visuality had to be re-interpreted for representing blindness in this prototype. Another challenge was that 360 material of the series wasn’t available, so the project needed to use existing flat video material in the virtual environment.

These challenges were solved in There Is No Spoon’s prototype by having the user immersed into a dark environment, where they could only hear a soundscape of a party happening around them. The user has a motion tracked controller in their hand, which they can use to aim and take a snapshot: Doing so triggers a short video sequence from the series that appears in the darkness where the user aimed their controller. The prototype was demoed in the Donna tv-series’ launch event and worked as a launchpad for future VR productions at YLE.

One constant request in the customer feedback for Korkeasaari Zoo is that the visitors ask for ways to encounter the animals in close proximity. In order to protect the animals and the visitors, this is hard to provide. That’s when VR-technology comes into use, provided by startup Radical Rabbit.

“The aim of the project was to diversify the customer experience by bringing a new dimension to the encounters with the animals. VR-technology enables a close proximity contact with the animal safely and you are able to observe the animal even when it is in hiding. It is also a novel way of communicating about animal conservation and we can give memorable experiences with the animals outside the zoo too”, said Susanna Silvonen, head of marketing in Korkeasaari Zoo.

In this mini-project Radical Rabbit made two 360-degree videos for the zoo visitors to experience. First video was about the Taiwan Beauty Snake and the second one about the wolverine. Work started with close cooperation with the zookeepers as a lot of factors needed to be taken into account when choosing which animals to film – what kind of inclosure they had and whether the camera needs protection from them. In the end, a snake was chosen to reduce the fears and prejudices some people have towards them and the wolverine because it hides from the audience often.

Behind the scenes video: https://www.youtube.com/watch?v=hMUuKkp0pbw 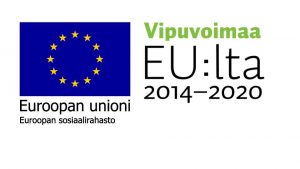