The People-first vision is a new perspective to how cities can govern and benefit from digital technologies in the global urban age, by developing people’s rights and technologies in harmony.

While it is argued that smart city development is at an impasse, we argue that it is at a crossroads. It is possible to simultaneously develop and adopt new technologies and strengthen people’s rights. This has been proven in the Nordic cities and Barcelona. The People-first vision presented in this report shows how it is possible for all cities.

The vast criticism of digital technologies being used to monitor, control and even manipulate people, and to centralise and take power away from citizens and public administrations, is risking the legitimacy of the smart city project.

The promise of digital technologies and operating models for cities is unparalleled. It is most evident in driving efficiency of the built environment and other urban infrastructure which offers new ways to govern urban dwellers and foster collaboration. This is a critical element of a well-functioning city of the 21st century. The need for digital tools is not going away.

The People-first vision offers an alternative to technocratic governance models that are, on the one hand, being criticised for their inclination to compartmental optimisation and, on the other hand, contributing to breaches of privacy and narrowing human rights. In the People-first vision, the mandate for governance comes directly from the people itself and hence, the technological tools are used respecting their rights.

“The fact that more people live in cities than previously does not automatically lead to cities being able to govern better.”

There is a number of cities that show us glimpses of how the new phase of city governance could look like by actively leading their smart city ecosystems and by putting people first. In this report, the case studies of Nordic cities (Espoo, Helsinki, Tampere, and Vantaa), a city network (Nordic Smart City Network), as well as the City of Barcelona in Spain demonstrate that cities that want to take full benefit of digital technologies have to give them sufficient priority in the city organisation, move from facilitating smart city ecosystems to leading them, and recognise that different sectors of society – civic, public, and corporate – all have unique ways of creating value. 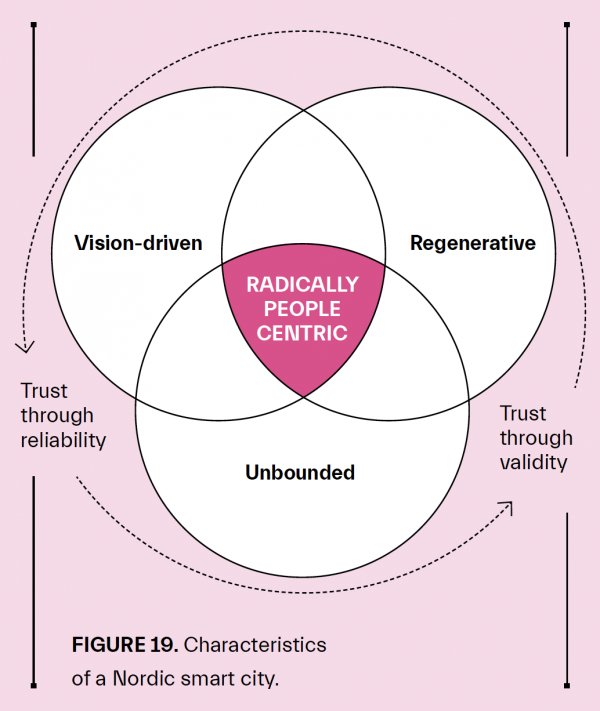 In city governance, there is an apparent move away from the passive ecosystem facilitation role to more active modes of governance. As a consequence, different and competing ideas and ideals are emerging. The main competitors to the way of governing presented in this report are the so-called Chinese authoritarian model where states and regions hold large powers, and the so-called Silicon Valley platform model where big technology companies take the responsibilities of the city. The People-first vision unites the powers of the city organisation and the urban dwellers in order to govern global issues such as digitalisation, climate change, and migration without giving away the democratic powers to, for example, the state or the private companies.

The People-first vision essentially introduces a new philosophy for the strategic management of cities based on the ideas of active citizenship and ecosystem leadership. In practice, the People-first vision enables cities to show direction and lead the ecosystems instead of just facilitating or orchestrating them. It gives cities a better view of the interactions of people, markets, and the public sector than the current public-private-(people) partnerships provide.

The People-first vision also allows city administrations to form alliances with other cities and regional or international organisations that go beyond just sharing best practices. Most importantly, it gives the grounds for city organisations to abandon the view that public services alone create wellbeing and begin to see the potential and assets of the whole urban ecosystem.

People First: A Vision for the Global Urban Age – Lessons from Nordic Smart Cities publication is the result of a collaboration process of the think tank Demos Helsinki and the four biggest cities of Finland: Espoo, Helsinki, Tampere, and Vantaa. Demos Helsinki is responsible for the content and views that the publication represents. 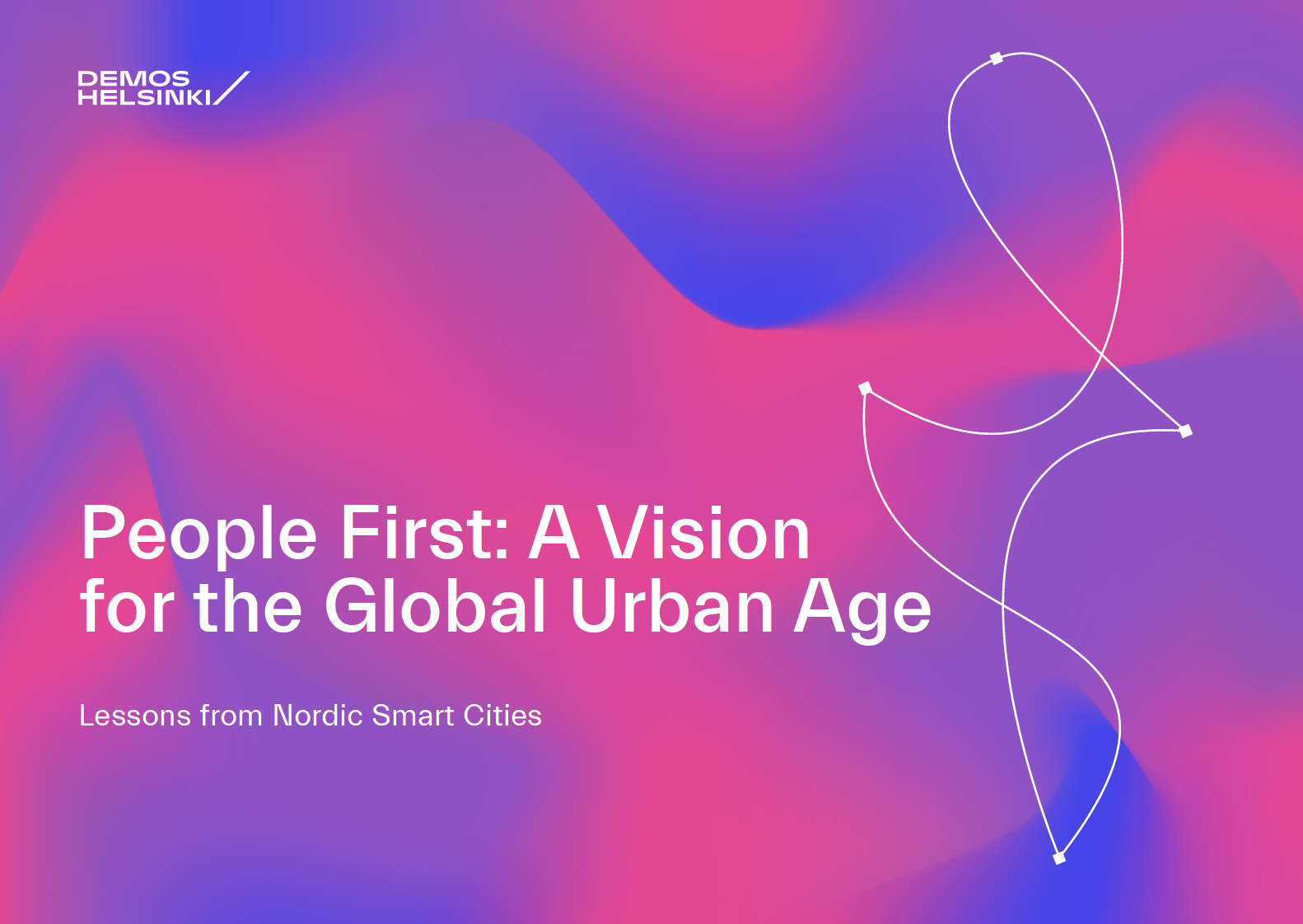