We help societies, cities and organizations to thrive in the future

Organizations and their leaders often feel their paths are either inevitable or chaotic. Complexities of the surrounding changes, requirements and environment are difficult to grasp. By increasing the scope of time this determinism can be reduced to visionary actions.

Foresight is done to imagine visions of otherness. If there are no alternative views on the future possibilities, there will be no actions, only reactions. In other words, assertion about the future does not indicate fact, but an intention. If you act with sustained intention to carry out a project you become a creator of the future.

At Demos Helsinki, we believe in co-creational foresight. This means that we don’t go directly from expertise to execution. Instead we encourage empathy towards the future operational environment, and speculation about the means to get there.

We work together with a broad range of stakeholders and change-makers to understand together not only what the futures could be, but also what they should be. Thus, we often use the method of backcasting, which starts from a desirable future state and traces down the causalities that show various paths to this particular scenario. 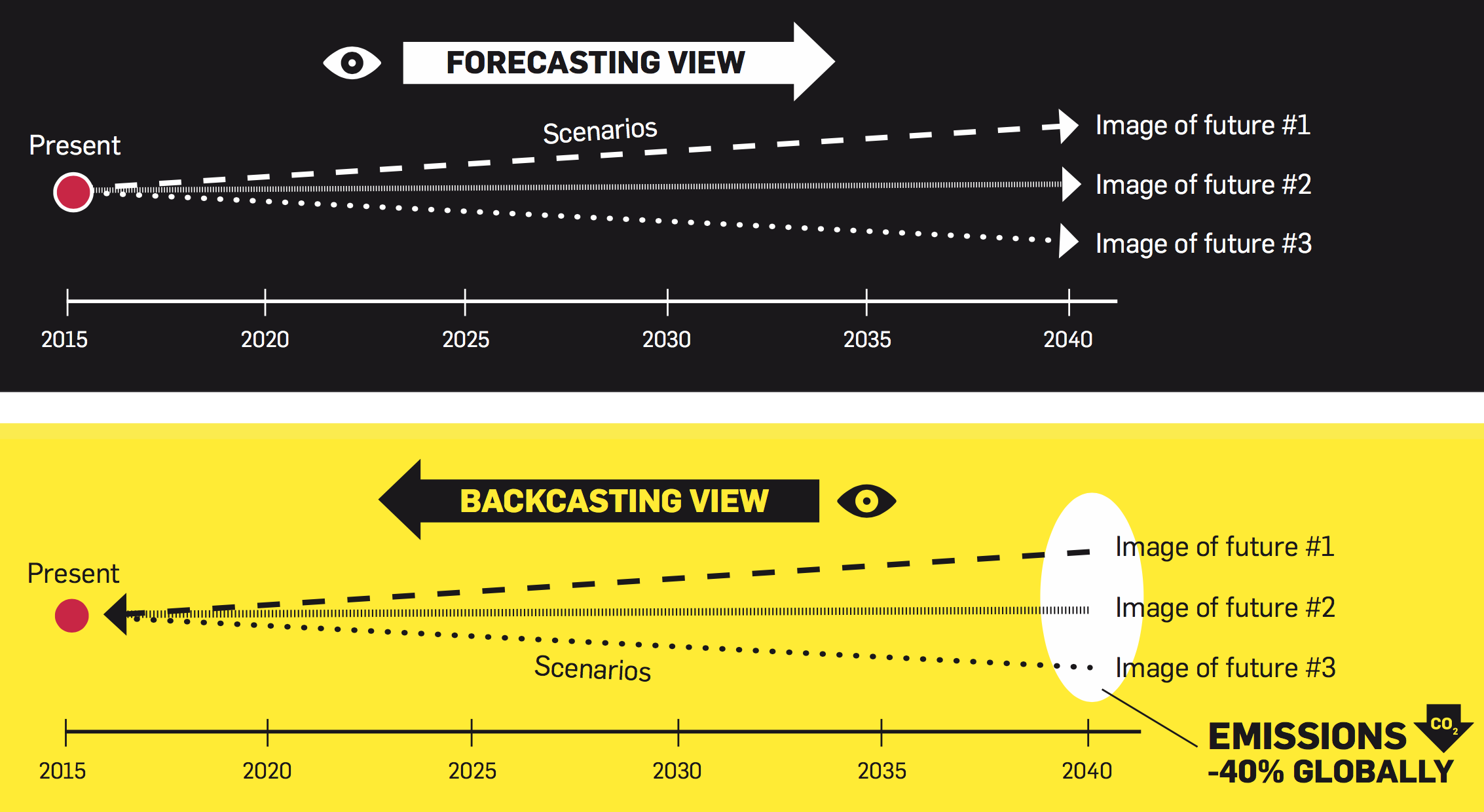 At Demos Helsinki, co-creational foresight is a method for change. We most often understand change in the socio-technical regime that includes e.g. laws, technology and markets. We conceptualize change from a multi-layered perspective, where the change actually happens as a negotiation between landscape level megatrends and niche-level practices. 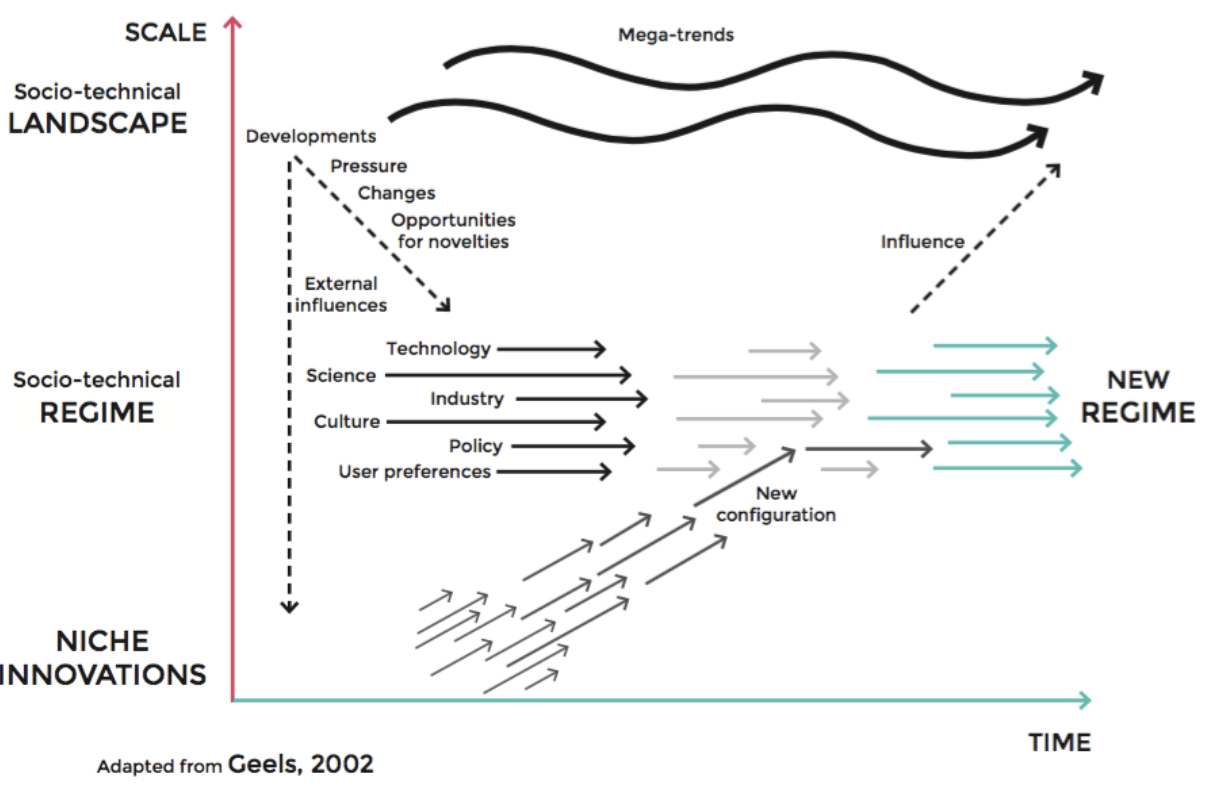 Through these two lenses, the co-creational foresight and multi-level approach to change, we have done a very large number of highly appreciated and actionable foresight processes. For example Work 2040 , Health 2050, Hyperconnected societies 2040 and Sustainable lifestyles 2050. We have constantly demonstrated our ability to grasp highly complex change to actionable steps towards desirable futures. 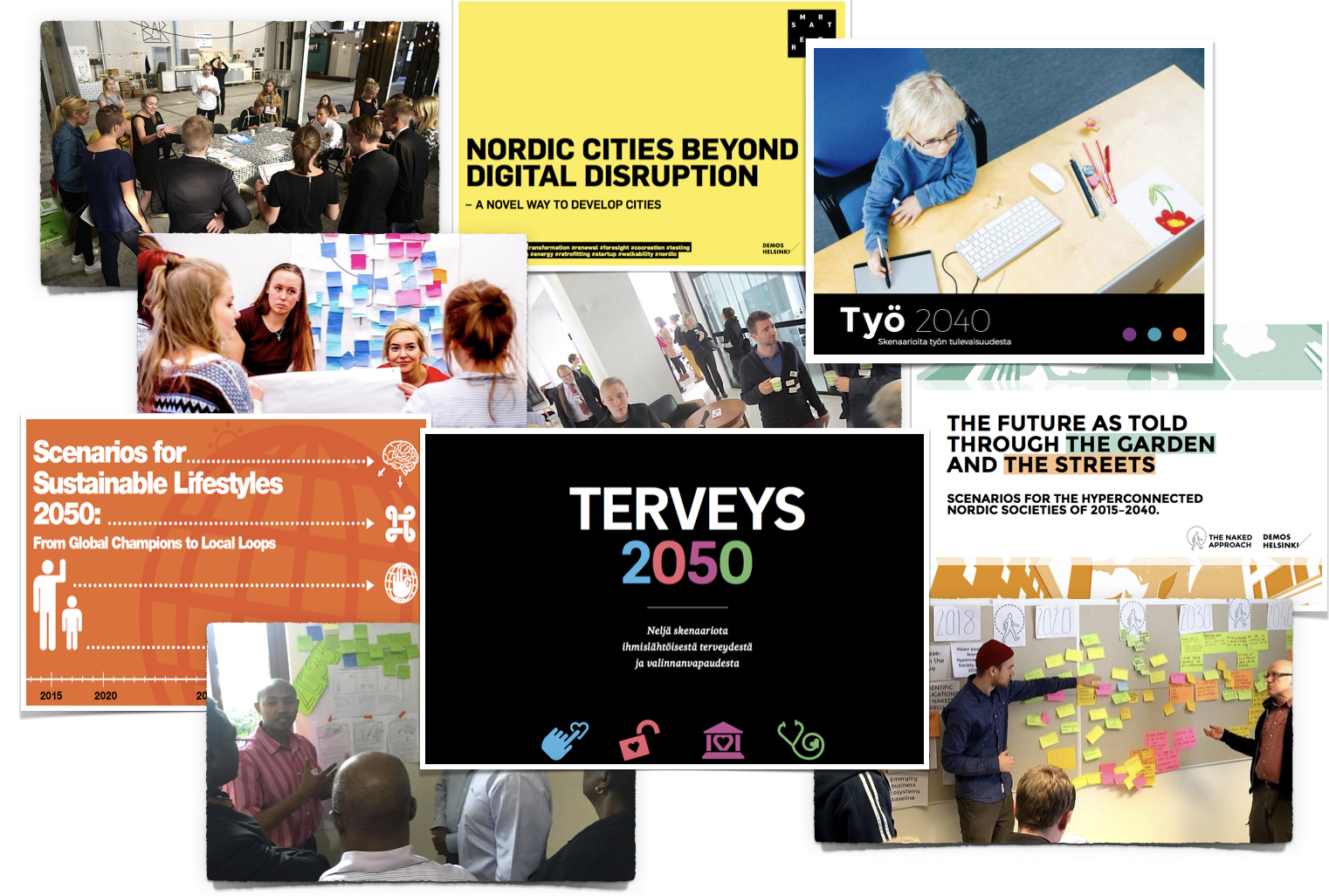 We work mostly with the largest companies and most forward-looking ministries and municipalities. Our partners are not only curious about the change, but also willing to act upon it.