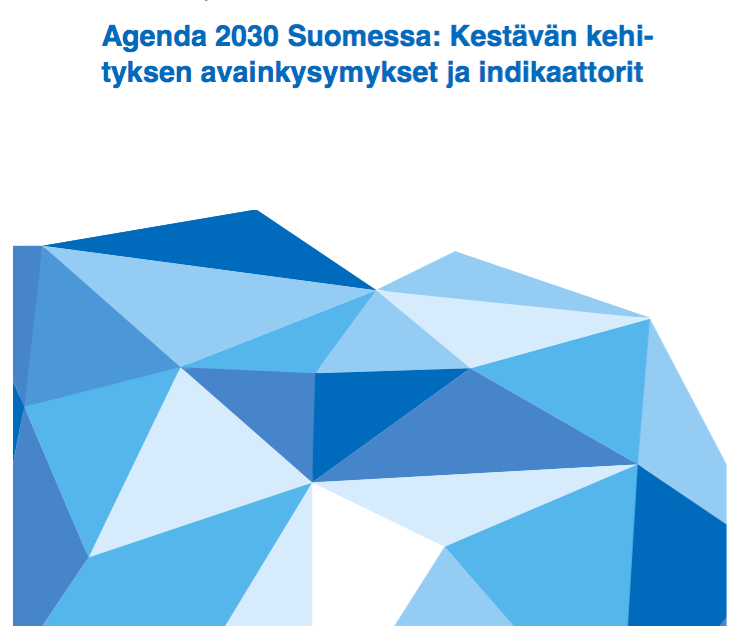 For the first time ever the UN is inviting all of its member states to take part in its programme for sustainable development. Finland set out to become the most sustainable nation in the world from the very beginning of 2016, which was when the new programme of the UN – Agenda 2030 – was launched. To start the process of realising this ambitious goal, the Prime minister’s office commissioned Demos Helsinki and the Finnish Environment Institute to carry out a study on the opportunities and challenges faced by Finland in the implementation of sustainable development goals. The Finnish audience and international commentators have praised the Finnish approach. The cornerstone of the approach is to admit and be vocal about the Sustainable Development Goals, which Finland will struggle to meet. The open approach was described as a political suicide if taken into another contexts by the audience.

The study – which goes by the name of Avain2030 – was carried out in cooperation with the NGO sector, broader civil society and a broad set of stakeholders in Finland during the spring of 2016. The study is now complete, and its results have been published in a broader report and a more concise policy brief. The publication seminar of Avain2030 was held by the Prime minister’s office on 6th September 2016. The study provoked an insightful discussion about the Finnish approach to Agenda 2030 so far. Avain2030 has received international appraisal already before its official publication.

This leads to the question of what can be learnt from the study and the Finnish approach to the sustainable development goals of the UN. In the publication seminar, two main discussions prevailed:

1. Openness, collaboration and honesty are vital for success.

Finland’s approach to realising Agenda 2030 put specific emphasis on openness, collaboration and honesty, which has already brought international appraisal for the quality of the process as well as the results so far. Throughout the process of Avain 2030, critical discussion and evaluation of the strengths and weaknesses of Finland in terms of sustainable development was fostered. When the future of the world is at stake, honesty is vital for understanding what we should hold onto and what we should let go of – or do completely differently.

Honesty works most effectively when paired with an open and collaborative approach, which helps to bring as many viewpoints into the discussion as possible. The basic principle of why collaboration works is simple: it brings together a broader range of ideas, experiences and knowledge, which enhances the quality of the process as well as the end result. As long as a culture of openness to criticism and constant development is fostered, collaboration also helps in analysing the strengths and weaknesses of ideas from different viewpoints.

Collaboration also motivates the participatory actors to actively participate in the next steps of making Finland the most sustainable nation in the world: aims set together through an open and collaborative process are far more likely to be met than aims dictated by a single actor from above.

The NGO sector and broader civil society of Finland were included in the process of creating Avain2030 from the start until the very end. Most importantly, all relevant actors got a chance to have their say about the finished report as its publication was carried out through an interactive seminar where presentations were followed by a chance to ask, comment and criticise the study and its results. Many government ministries, NGOs and other relevant actors took the chance to comment on the report and to point out where they wanted the process of making Finland the most sustainable nation in the world to go next. They also expressed a clear interest in being a part of the next steps of the process, with many explicitly commenting on the significance of the collaborative process of Avain2030 having been a positive experience

Measuring sustainable development is hugely challenging in itself as most of the relevant phenomena – be it inequality, biodiversity or the standard of education – can be approached in a vast variety of ways. When the aim is to compare individual countries from all over the world in order to further sustainable development globally, defining the right indicators becomes even more complicated. Data is often disparate or lacking, the definition of indicators may become politicised and some questions are not even relevant in all national contexts. For example, measuring the occurrence of tropical diseases is not a very useful indicator for describing the general well-being of Finns.

However, numeric data is invaluable in putting the state of a specific country at a specific time in a broader context. The comparative position of a country in a single ranking may not be very relevant in itself, but an overview based on several indicators is a whole lot more useful in many ways – especially when the overview also takes into account the country’s development like the Avain 2030 study does.

Firstly, comparisons are useful in finding out where the need for development is the most acute, which helps to prioritise when deciding about the allocation of limited resources and time. Secondly, comparisons often reveal which policies and approaches work and which do not, helping countries to learn from one another and good ideas to spread internationally.

The UN has suggested a total of 231 indicators for measuring sustainable development targets. Since some of the indicators are used to describe more than one target, the total number of proposed indicators is 240. There is thus a need to classify, simplify and prioritise indicators from a national point of view in order to create a clear understanding of the current situation of Finland and to draft a step-by-step plan for becoming the most sustainable nation in the world. Avain 2030 study did exactly this and ended up identifying the preliminary national focal points of Finland. Specific emphasis was put on defining focal points that cover several areas of sustainable development.

Avain 2030 provided Finland with a good start towards becoming the most sustainable nation in the world. The next step is to gain a more thorough and accurate knowledge of which focal points are the most useful and how they should be defined exactly in order to most effectively further Finland’s sustainable development.
The start was swift, which will hopefully help in making Finland’s high ambitions come true in due time. After all, the grand goals of United Nations will not be met unless significant process is made by most – preferably all – member states.