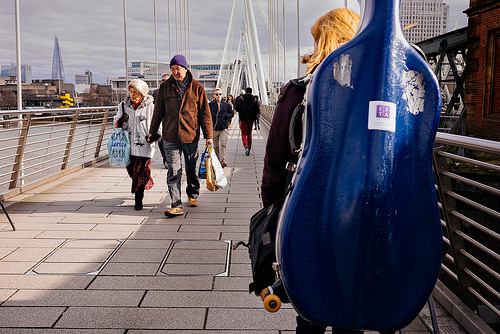 Cities are not like they used to be. Cities all over the world are repurposing themselves and building new narratives of their future success. While the rest of society defines progress in increasingly economic terms, cities have started thinking more about their population and their capacity to create a flourishing environment.

The structure of cities has changed. The 20th century city was dominated by big industrial structures and functional planning that separated production, housing and services into distinct zones. Now the new normal of cities and urban change perceives people, their skills, motivations and capability for collaboration as the only lasting and sustainable resource a city possesses.

Cities are places for human interaction, commerce and enjoyment. It is fair to say that this layer of city 2.0, cities as arenas for collaboration and spontaneous togetherness of people, has become increasingly important during the young 21st century.

These new growing and changing cities have common themes in their changes. There are six meganarratives that define this new normal of cities:

2 URBAN CORES AS AN ASSET
The past two decades have seen a renaissance of city centres in Western societies. Cities have increased walkability, built flats and revitalized local services. City centres are not important only as commercial hubs, but as venues for urban life and for enjoying the company of other people. The city centre, not campuses, malls or residential areas, is the key to making a city attractive.

3 CHANGING WORK AND PRODUCTION
Society is moving from full-time employment and industrial structures of production towards society where people divide their time between several jobs or pursue careers as entrepreneurs. In the future, factories, public institutions and retail will employ many fewer people than they did in the past. Mixed-use environments will become common, as homes, cafés and co-working spaces replace offices, even factories.

4 DIGITAL CONSUMPTION AND SHARING
Digital communication is radically changing the ways we use cities. It gives rise to new services, events and other forms of collaboration in the urban space: e-commerce, sharing economy services like Airbnb, pop-up events like Restaurant Day, and new forms of peer to-peer communication. E-commerce and the sharing economy may eventually push many established forms of retail and services out of business.

5 CIRCULAR ECONOMY
Cities are responsible of human-induced greenhouse gases and consume the
majority of energy and natural resources. To minimize this impact, new technologies and business models are used to make better use of existing buildings, spaces, vehicles and renewable sources of energy. The emergence of a circular economy, collaborative consumption and distributed energy production will radically change urban space.

6 PEOPLE-PUBLIC-PRIVATE
Local councils retain control over zoning and planning, but have lost much of their capacity to develop urban space on their own terms, due to the open global economy. Cities’ success depends on investments by private companies, and on people’s motivation to reclaim, inhabit and spend time in the urban space. City officials are desperate to find ways to engage other stakeholders and to form a shared future vision.

Nordic Cities Beyond Digital Disruption is an excellent example of the city of ideas. The future city is the outcome of everybody’s right to urban life, an urban life that is not only meaningful but also playful, filled with creativity and dialogue.