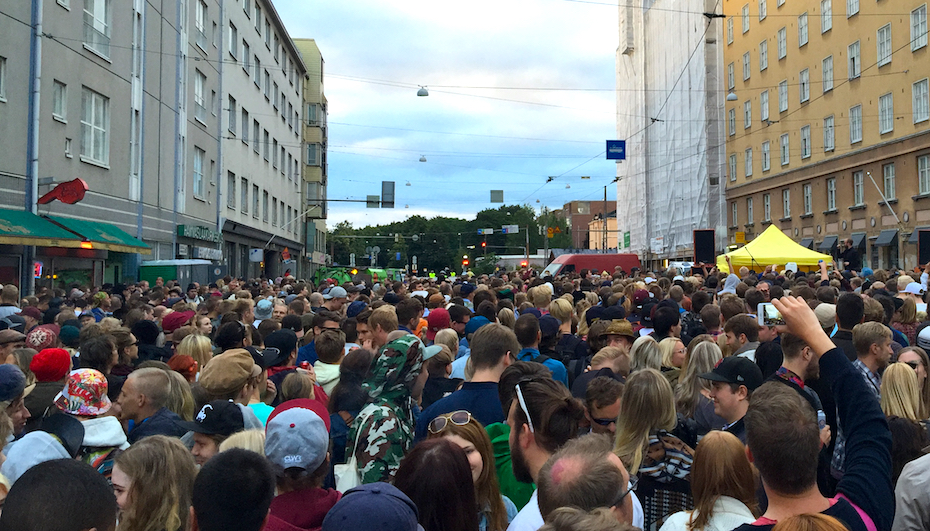 Cities are not like they used to be. Cities all over the world are repurposing themselves and building new narratives of their future success. While the rest of society defines progress in increasingly economic terms, cities have started thinking more about their population and their capacity to create a flourishing environment (yes, also in economic terms).

The 20th century city was dominated by big industrial structures and functional planning that separated production, housing and services into distinct zones. An urban region would be defined by one trailblazing company, public function, or field of industry that gave the city a reason to exist and provided employment to its inhabitants, something around which everything else revolved.

The new normal of cities and urban change perceives people, their skills, motivations and capability for collaboration as the only lasting and sustainable resource a city possesses. Factories, offices and companies can decide to re-locate practically overnight.

However, if people experience a steady stream of good and inspiring things around them and share condence in that they can always create or find something new regardless of the existing employment structures, the city will continue to flourish. Different actors can promote a sense of progress and a good atmosphere, but this is always co-created – not planned or served.

At the same time, cities are just like they used to be. Cities are places for human interaction, commerce and enjoyment. In cities we encounter most of the human-made wonders and feel the presence of other people. It is fair to say that this layer of city 2.0, cities as arenas for collaboration and spontaneous togetherness of people, has become increasingly important during the young 21st century.

Built structures have a special role in either expanding or restricting this emerging strength of cities. While the symbol of a successful society used to be a factory or a university in the heart of the city, that time is gone. Instead of looking backwards, we should be looking towards building and planning the physical and governance-level prerequisites for the flourishing society of the future.

We can change buildings, streets and urban spaces to meet the needs of the future. We can discover new methods to better connect the built environment with new forms and arenas of human collaboration. We can change business models to help capture more value from the already existing building stock.

We can make our cities better and more future-proof. This report demonstrates how it can be done.

Nordic Cities Beyond Digital Disruption is an excellent example of the city of ideas. The future city is the outcome of everybody’s right to urban life, an urban life that is not only meaningful but also playful, filled with creativity and dialogue.