The end of platforms as we have known them seems to be around the corner.

During the past years, you have probably seen multiple presentations with this slide:

This is false. The situation radically changed during the fall as these platform giants successively started announcing their future investment plans. Uber stated that they are buying 24 000 cars from Volvo between 2019 and 2021 in order to create a driverless on-demand vehicle fleet. Facebook, on the other hand, is planning on spending $1 billion on original TV shows during 2018, which is by far the largest investment the social media company has ever made on video content. Alibaba is using $2.6B billion for buying physical retail stores in China, and Airbnb is opening co-branded apartment buildings.

What is going on? Why have these companies suddenly started acting like traditional companies making heavy investments? The answer lies in the changing dynamics of business and thus matters to almost every executive.

I have answered this question with three short blog posts:

1. The secret ingredient of the first generation platform business

2. Four reasons why competitive advantage from data is disappearing

3. The fall of platform business model 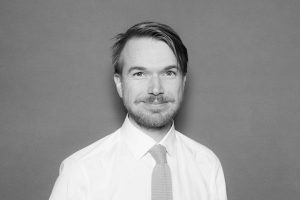 The blog series “Rise and fall of the platform business” is contributed by senior expert Johannes Koponen. Follow Johannes on Twitter.