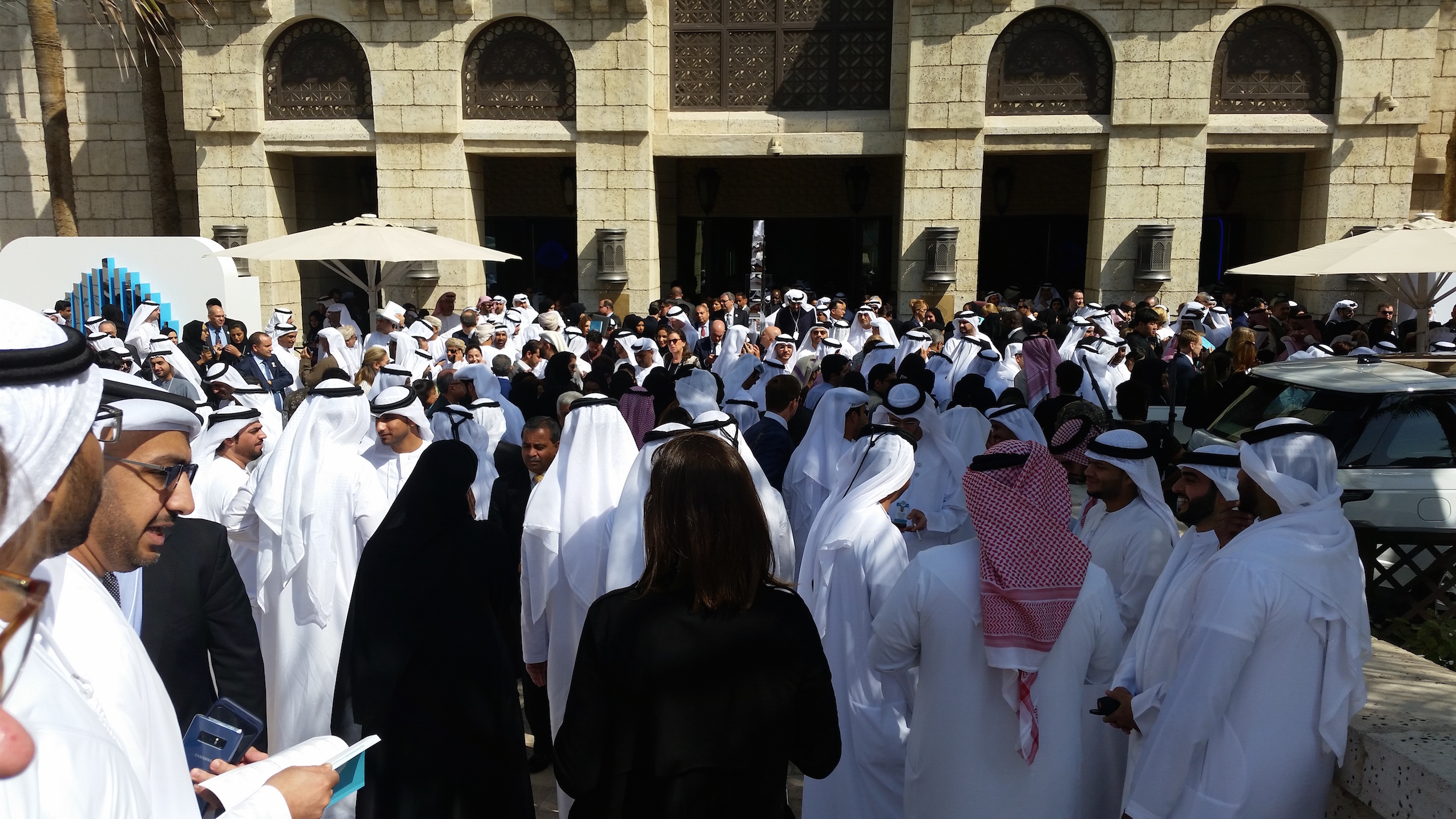 Eroding trust in governments and the recent struggles of democracies dominated the discussions on the first few days of the World Government Summit 2018. We believe that over the next 5 years the world will witness the mainstreaming of several new ways of enabling inclusion, engagement and participation between people and governments. One important pathway – something that is already happening in Finland – is a form of policy experimentation, at the heart of which is citizen participation.

Governments around the world are looking for new and innovative ways to cope with a rapidly changing governing environment. The World Government Summit organised in Dubai between 11-13th February brought together 4000 participants from 140 countries to Dubai. Over the last years, the annual summit has become a main hub for attracting the highest level of global leadership and top experts to discuss the future of societies and governance.

One key issue arising in several talks in the summit was democracy. Keynotes given by policy experts, such as the founder of the World Economic Forum Professor Klaus Schwab and OECD Secretary-General Angel Gurria, highlighted the underlying trends feeding into the crisis of democracies: increasing complexity, lack of inclusiveness, and gender disparity. Over the last decades societies have been increasingly challenged by problems that are global by nature, such as climate change, geopolitical polarisation as well as unpredictable global economy and global mobility. These and other trends challenge hierarchical and siloed forms of public governance.

One important further trend linked (at least to a degree) to several of the aforementioned trends is public trust. In OECD countries only 4 in every 10 citizens trust their governments. ”People losing trust in governments has been an issue over the last years”, noted Boris Koprivnikar, the Minister of Public Administration of the Republic of Slovenia at the World Government Summit.

The model of democracy which is fundamentally based on a 4 year election term does not secure public trust and legitimacy when we move further into the 21st century. Democracy still has a strong position globally.  In 38 polled countries 78 per cent favoured representative democracy. In turn, 49 per cent favoured expert rule and only 26 per cent favoured a rule by a strong leader. Yet, democratic governments and political parties have made the important mistake of leaving elections as the only central institutional framework for influencing the government agenda – and not diversifying forms of participation. ”We are struggling with democracy. We are looking at new ways of doing it”, said Angel Gurria, the Secretary-General of the OECD.

While many governments and public organisations in democratic countries have implemented different approaches enabling citizen participation, often these have been limited to symbolic and narrow issues of public governance . These efforts remain pivotal, but an urgent need prevails to forge new approaches in order to engage people with the core of how governments work, and what they drive to achieve.

Emerging forms of government experimentation were introduced in WGS conversations

World Government Summit discussions are clearly showing that governments operating in very different governing contexts are fighting similar battles relating to participation and public trust. They are increasingly exploring new ways of enhancing legitimacy. One of the new ways currently trending is experimentation. Yet, although experimentation can at best amount to a holistic approach to governance that introduces new forms of participation, too often it has been understood as a technocratic and incremental adjustment tool.

One of the most recent initiatives to explore experimentation came from Kyrgyzstan. The country has recently launched a new digitalization strategy Taza Koom which aims primarily to increase trust and diminish corruption.  ”Our goal is to make life more convenient for every citizen”, said the Prime Minister Sapar Isakov.  “We have to make sure that the government is close to people. Most data and operations can and must be transparent, but naturally the privacy of people must be secured.” In Kyrgyzstan, this will happen partly through experiments initiated by the government.

Experimentation on government policies enables not only learning from mistakes and using better evidence in policy-making, but also having a concrete and practical tool through which the government can communicate what it is doing and trying to achieve. Experiments can also serve as tangible objects to which citizens, NGOs, academia and businesses can connect to. For many people, forming an opinion based on an experiment is easier as it demonstrates what the policy aims to achieve in a palpable manner – as opposed to trying to understand abstract papers commissioned by different ministries.

A government with the courage to experiment is a government which trusts that doing things transparently increases legitimacy. Patrick O’Donovan,  Minister of State for Public Procurement, Open Government and eGovernment brought up Ireland’s aspirations towards increased openness: ”What we now want to do is to show people that the government is transparent and that people can see what works and what doesn’t.” Increased citizen-engagement, increased transparency, and open data are listed as top priorities in Ireland’s eGovernment Strategy.

Trust works both ways. If we aspire to live in inclusive societies which enjoy high institutional trust, we must create mechanisms through which the often bureaucractic governmental processes can be made more open.

Experimentation is not a silver bullet, but it is an excellent way to start rebuilding trust between citizens and governments. This is already happening through the Experimentation Program within the Finnish government. Demos Helsinki has been playing a key role in developing the approach, which was also researched and documented by OECD in its 2017 report (p. 79-92) Systems Approaches to Public Sector Challenges. Working with Change. In the report OECD highlights the Finnish approach as the most comprehensive model for experimentation in the world.

Establishment of the Experimentation Program enabled the start of 27 policy experiments within the Finnish ministries. These experiments serve as a starting-point for renewing how the government in Finland is tackling societal challenges. Now Demos Helsinki is already applying many of the lessons learnt from the Finnish case to different governance contexts around the world.

Connect with our team at World Government Summit: