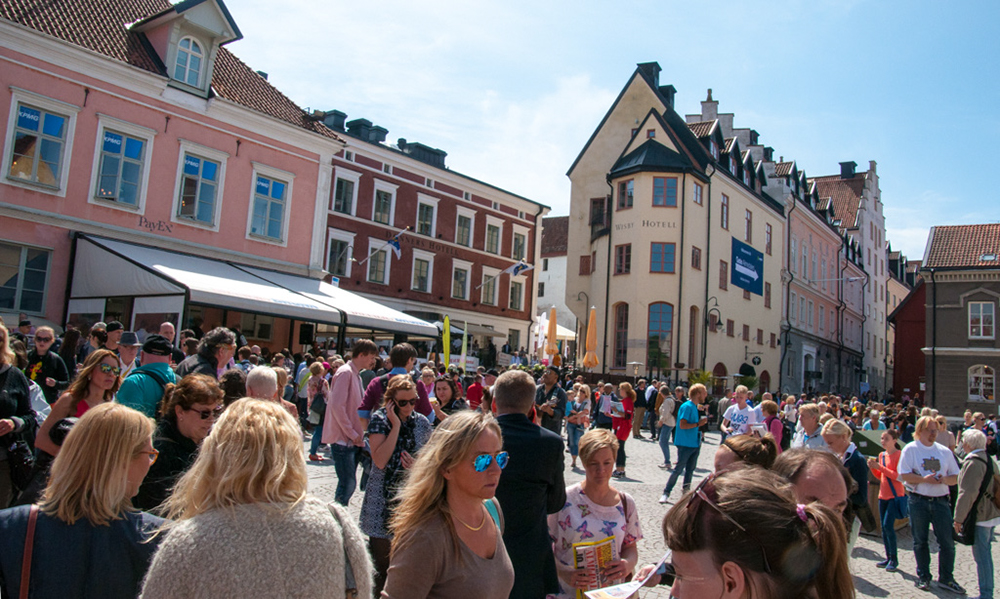 The Nordic countries are stable societies with quality education, making them fertile ground for big digital leaps. We here in the Nordics are able to digitise the more complex and demanding of processes, allowing us to reap the benefits of well increased productivity. Digitalisation allows us to do things smarter and better than ever before, all without compromising the equality in our societies.

1 – Digitalisation forces us to rethink everything

The greatest obstacle for the advancement of digitalisation is our adherence to the old ways of governance, attitudes, and routines. A study released in February 2015 by PALTA (in Finnish), the union for service-industry companies, revealed that 63% of the 1000 service industry executives interviews did not think digitalisation a matter worthy of strategic focus.

Digitalisation is disrupting our economy in a fundamental way: shifting our daily routines, the way we work, what we consume and how. This profound change requires new thinking from the very outset: else our developments and solutions risk becoming cumbersome digital versions of our analog systems.

A good example is data security. As the digital world penetrates into our lives even further, our old forms of data security – in which we aim to build firewalls and gates around data – just won’t do, as data is increasingly free and available. One possibility could be to build a system in which touching data always leaves a mark that can be traced and confirmed later. Still, as mentioned by F-Secure CRO Mikko Hyppönen in a recent Demos Helsinki interview, all smart systems are exploitable. Any recorded data can be stolen and even simple smart light bulbs are a path for hackers to enter more important systems.

2 – Internet of Things is the next big step for digitalisation

Currently, the internet of things is somewhat like the internet of the 90’s. It seems to be looking at similar challenges and setbacks as the internet once did, but the realised potential of both is clearly impossible to argue with. According to a McKinsey study, Internet of Things can constitute a whopping 11% of the entire world economy by 2025. What accentuates this point is that to many, the idea of an ubiquitous network of things seems outlandish, like something far out in the future, even scifi. It is hard to grasp what the internet of things will look like. It is difficult to push our minds past the basic ideas of coffee machines and water bottles that could allow us to access our Facebook page. These smart machines are not what IoT is about. Instead, IoT is about connected devices.

Most probably, the development of the internet of things will change the entire way in which we interact with our digital surroundings. Very soon, we will be able to control digital systems with looks or by gently waving a finger, and thus our human world and the digital world will become even more intertwined. Or even better: we won’t have to control them at all! The objects around us will surpass their current forms and with the help of sensors, they will be both able to gather and leverage data for better use; to learn about their surroundings and to program themselves to function more effectively.

Truth is, we cannot even fully understand or imagine what lies ahead for the internet of things. That is the vision we hope to begin to envision in the Naked Approach, our new strategic research project about Nearables.

3 – Digitalisation must be free from political power play

Digitalisation is, by nature, a megatrend, affecting all aspects of how we live, work, and play. When it comes to the role of government in the development of the digital world, support and freedom is essential. This important point was made by former Finnish MP Mikael Jungner in his report Otetaan Digiloikka! (in Finnish).

Jungner’s book encourages politicians to be wary of letting digitalisation become a political token. Instead, he argues, it is important that political involvement attaches digitalisation to positive, common values and focuses on securing the gains of digitalisation by distributing its benefits and securing a basis for it which allows for the wider freedom of citizens.

Political involvement should provide a foundation for digitalisation to flourish. This means setting ambitious targets and buying innovative solutions and digital services. External service providers are not tied to the status quo, but can create out-of-the-box solutions. These are exactly the ones that will push digitalisation forward. Jungner also points out that it is good to keep in mind, that in many of the more traditional fields, it is exactly public sector spending that is the crucial player in defining the development of digitalisation in that field.

Learn more about our vision for the hyper-connected Nordic society at Almedalsveckan, Visby, Sweden. Demos Helsinki’s event, Internet of No Things, will be held at 6 pm on 29 June.